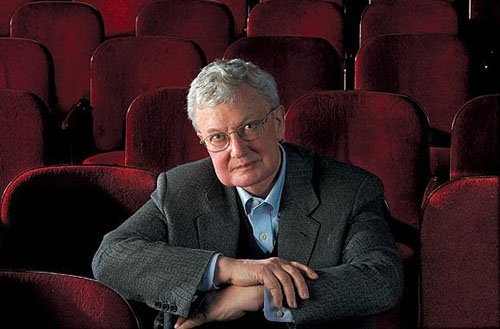 “We are saddened to share the news that our longtime colleague Roger Ebert has died. He was 70. Roger has been writing for the Chicago Sun-Times for 46 years. The long relationship between Roger and his Sun-Times family speaks volumes about Roger’s commitment to his craft and to his fans around the world. Roger’s reviews were highly anticipated by readers and the film community. Film commentary was only one of several gifts. He was a reporter first, in every aspect of his craft. He could write as eloquently about world affairs as he could on the upcoming blockbuster. Roger will be missed not only by the Sun-Times family, but by the journalism and film communities. Our thoughts are with Roger’s wife, Chaz, and their family during this time.”

Tuesday, when Roger Ebert announced that he was taking a “leave of presence” to again battle cancer, I was relieved almost. I was sad to know that he was again battling cancer, but so happy that the world would still have his candor and wit and energy, no matter how reduced in amount. Today, my friend Mark told me he was gone. I couldn’t believe it. “What????!!!! No!!!!!!” I replied. It seems so silly to so many that I, and millions more, would be sad about a movie critic dying, but Roger Ebert was more than a movie critic. His reviews, with Gene Siskel and on his own, are as American as the movies he so loved.

As a young girl I remember fumbling through the television stations (10 in all because my parents never had cable television) and finding this show with this chubby guy, who sat on the right side of a theater balcony, talking about movies with this other guy I never much paid attention to. As I got older and their television show left PBS to run in syndication, I found myself even more drawn to the guy with the glasses and white hair. That other one, oh he would drive me crazy with his reviews. “What is he talking about?!” I would yell, in my head, at Gene Siskel. I think that’s when I officially bonded with Roger Ebert. Ebert would be equally frustrated regarding some point Siskel was making. It never seemed to fail, if Ebert liked a film, so did I. And as for Siskel? Thumbs down. Sadly, years later, when I was out on my own, a grown up with several channels to surf, Gene Siskel died. I wondered how in the world would Ebert go on reviewing movies. It simply wouldn’t be the same without the two of them.

It wasn’t the same.

And then cancer struck Roger Ebert. And it struck him hard. At the worst part of his cancer battle, Ebert lost his lower jaw rendering him speechless, but not voiceless. He continued to write movie reviews with the eloquence of a cinéaste and the enthusiasm of a kid watching double features for a dime. He was ever present on twitter where he would offer political opinion, lifestyle tips, and, of course, thoughts about all things film related.

Like I said, I always seemed to be in sync with Ebert and his reviews. Just a year ago, when I fell in love with Terrence Malick’s The Tree of Life, I scurried to his website to see what he thought of the film and sighed in relief when he loved it as much as I did. I will remember him most for his vociferous defense of Hoop Dreams as one of the best films ever made. His ire over Hoop Dreams being ignored for a Best Documentary nomination at the Academy Awards is one of the reasons the selection of films in that category changed shortly thereafter. I love pluck and gumption, and he had both.

One of the oddest memories I have of Roger Ebert was when he and his wife Chaz attended a televised awards show hosted by Steve Harvey. In the largely African-American audience there was Roger Ebert on the aisle. Harvey sought him out as he rambled amongst the audience members. When Harvey realized Ebert’s wife was black, he did a double take and said “Thumbs up” to the man who’d help make “two thumbs up” a cultural catchphrase.

I love Roger Ebert. I refuse to write ‘loved’ because he will be with me every time I go to a movie. Every time I sit down to write a film or television review I’ll use his reviews as the standard, the blueprint for tone and structure. I’ve used his reviews in my film classes, and this Tuesday when we watch Breathless, I’ll be toasting him. And the next time I show Citizen Kane in class, I’ll be sure to bring vanilla Haagen-Dazs to eat at the back of the room.

As sad as it is to say, the balcony has closed for the final time. 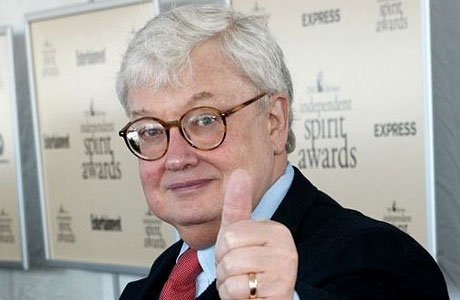