Honestly, the first time I saw the photo of Mitt Romney hitting a “Clear eye, full hearts, can’t lose” banner, I knew that someone would probably ask him to stop. There are notable instances of candidates using songs for campaign stops only to have the original artists ask them to stop. As the Los Angeles Times reports, “Jackson Browne successfully sued Arizona Sen. John McCain’s campaign in 2008 for using his song “Running On Empty,” and ’80s rock group Survivor put a stop to Newt Gingrich’s use of their hit “Eye of the Tiger” during his failed campaign bid earlier this year.”

Now Peter Berg, creator the television show Friday Night Lights, is asking the Romney/Ryan campaign to stop using the mantra of the Dillon Panthers, Lions, and Pemberton Pioneers. A link to his letter, via The Hollywood Reporter, is below. Apparently now, it’s Clear eyes, full hearts, can’t use.

UPDATE: Tami Taylor is mad too. 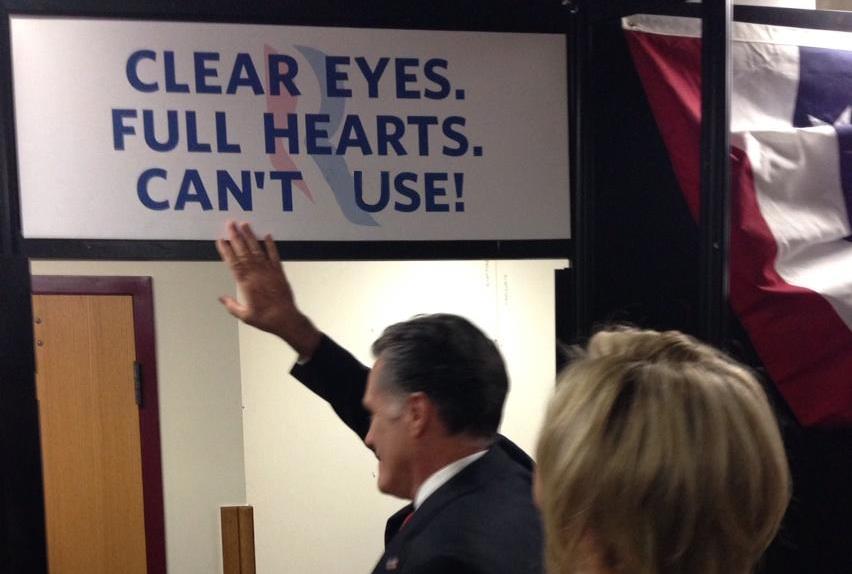