I am a big fan of The Muppets and The Berenstain Bears.

I am not a fan of Chick-Fail-A. And I’m really not a fan of people bragging about their fat-fried meals at said establishment, like Kirk Cameron‘s sister. 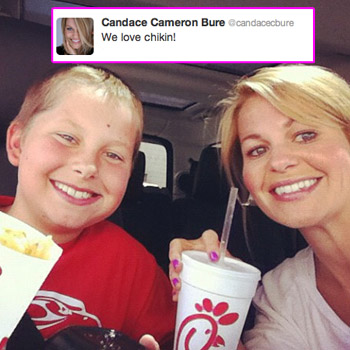 This evening I read a college acquaintance’s report that she ate at Chick-Fail-A today and while eating she thought of the gay friends she loves but that she also loves traditional marriage. I felt a pang in my heart, literally. How do I support my LGBTQ friends who physically ache years after physical assaults and verbal taunts? How do I support my Christian friends, some of whom, I believe have love in their heart but are narrowly defining marriage to the point of discrimination? Using their bible to support bigotry?

I just keep coming back to a simple question for traditional marriage fans, “Which Biblical definition are you referring to?”