I have to say that out of all my travels (38 states and 10 countries), this single place is one of the most fascinating to me. After various beginnings, the mosque was completed in 987. During the “Reconquest” it was captured (1236) and then converted into a Catholic cathedral. The idea of ‘claiming’ one holy place and deliberately manipulating the angles and interior, specifically build to honor one faith, so that the ‘superior’ faith can have a place of worship… well, it speaks volumes of the our centuries long battles and proving how unholy our holy wars have been.

Since the turn of this newest century, Spanish Muslims have been petitioning for the right to pray here. They have been turned down every time by local authorities and the Vatican. A month before this photo was taken, 118 Muslims knelt to pray. They were asked to rejoin their tour to leave.

The photo below shows the two worlds. The red and white denotes parts of the great prayer hall of the mosque, up against the carved saints and angels in the cathedral. 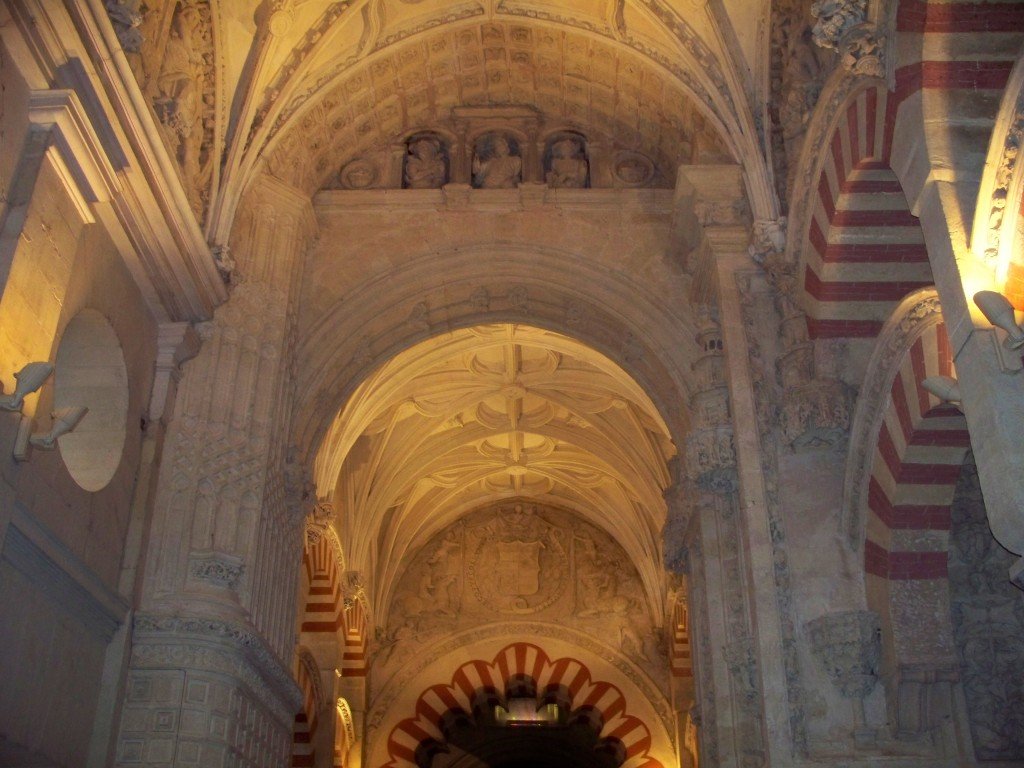