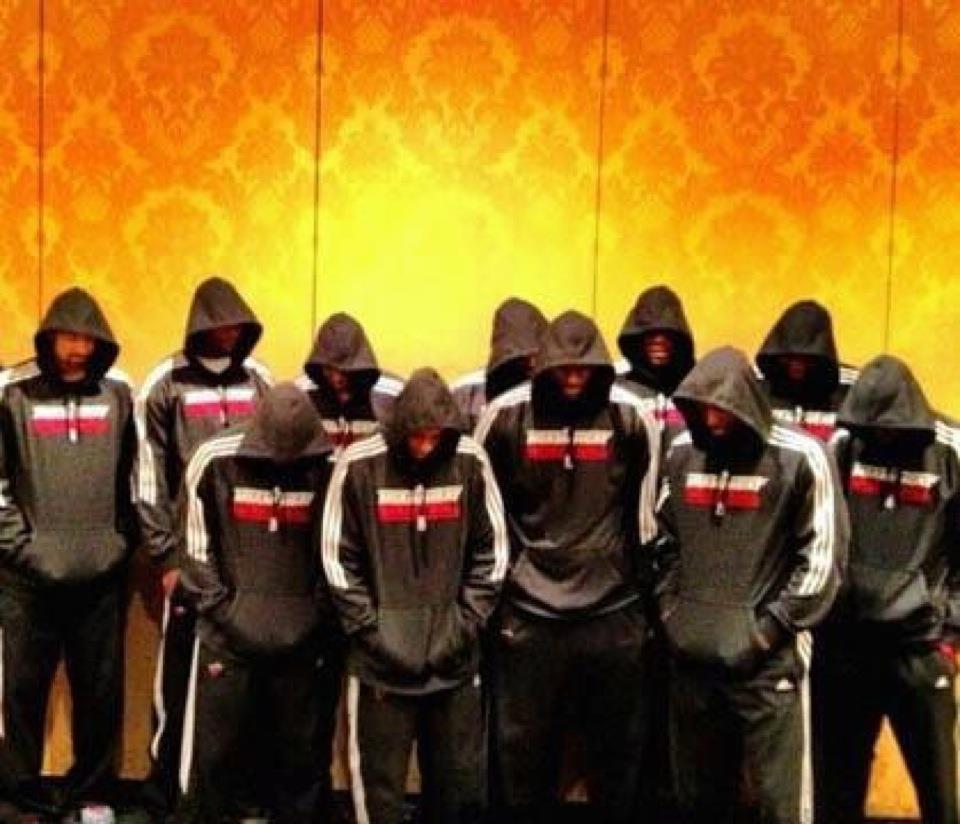 The case of Trayvon Martin is troubling for so many reasons, first of which is that a 17 year-old who went to the store for tea and Skittles at the half-time of the NBA All-Star Game was shot dead.  We may never know the truth but enough has come out that leads me to believe that it’s a tragedy all the way around.  The news that Trayvon’s hoodie was part of George Zimmerman’s initial suspicion is even more troubling, akin to rape being ’caused’ by a women’s provocative clothing.  From Marion Wright Edelman to the Miami Heat, hoodies are becoming a political statement.