Today is Halloween. Depending upon your viewpoint you may consider it a day that revels in evil spirits or it’s the day when the veil between the living and departed is at its thinnest– allowing us to communicate with all souls and saints. It’s interesting to think about the Halloween holiday as a cultural indicator of what we find value and don’t value (as holidays Usually do). If so, what does the 2010 party at the Steven J. Baum law firm say about the growing gap between rich and poor in our country? As Joe Nocera’s New York Times Op-Ed points out, it highlights an incredible lack of compassion from a firm that had the reputation of being a foreclosure mill. It doesn’t take much to follow this lack of compassion to how the Occupy Wall Street protesters have been described as ‘rabble,’ ‘flea bags,’ and ‘hippies,’ for starters.

Then what do we do with the Ohio University Stars group. This student group has released a Halloween campaign entitled, “We’re a Culture, not a Costume.” It occurred to me looking at photos that friends posted on sites like Twitter and Facebook, that indeed, Halloween seems to be a time of year where we forget the cultural implications of our costumes. Why do women feel compelled to show cleavage especially this one night a year? The folks at Guyism.com show that one gender stereotype only begats more gender stereotypes.

What are you going dressed as tonight? Is it funny? Why? Or is it, in fact, more indicative of the ways in which we take class, race, power, and privilege for granted. Because dressing up as a straight, white, male from the middle class, wouldn’t win any costume contests now would it? 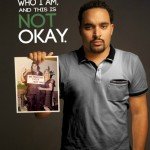 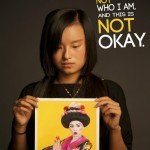 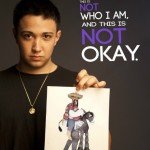 Teacher, scholar, student, wonderer, wanderer, fan, foe, friend, acquaintance, all of these and more, but ultimately just an Ohio daughter.
View all posts by Amy L. Darnell →
This entry was posted in Headlines and tagged Activism, Intercultural Communication, It's the little things, Visual Culture. Bookmark the permalink.