A week ago I set out on a road trip to Iowa.  As one of my students said, “Iowa?”  Yes, Iowa.  I had never been there and thought that I should explore the state to the north.  I went to RoadsideAmerica.com to see what fun, kitschy things there might be to explore along the Iowan roadways.  I knew that I wanted to see the Field of Dreams in Dyersville and The Grotto of the Redemption sounded cool, and then it occurred to me that The Grotto was THE Grotto– the grotto that Alvin Straight drives by in one of my favorite films, The Straight Story.  (Last week’s photo commemorated my trip with a photo from the film.)  Suddenly, this road trip became a movie road trip.  I would start off by seeing the Bridges of Madison County, finish with the Field of Dreams, but in between I would do something I’ve wanted to do for years:  recreate the trip Alvin Straight made in 1994 from Laurens, Iowa to Mt. Zion, Wisconsin.  As I set out on the rural Iowa roads I imagined Alvin traveled on his John Deere lawnmower, I couldn’t help but think of how much love he must have had for his brother Henry to have traveled for six weeks, on a lawnmower, to see him.  In one hour, going 55 mph, I covered the same ground it would’ve taken Alvin 11+ hours to have covered.  I was humbled beyond words to imagine his journey and that depth of love.  Then a short distance later, in West Bend, Iowa I stopped at The Grotto mentioned and shown in the film.  Again, I was overtaken by the strong sense of love and devotion Father Paul Dobberstein felt when he began constructing The Grotto in 1912.  I was humbled again.  And so it only seems appropriate that I share a photo from my trip.  …But the greatest of these is love. 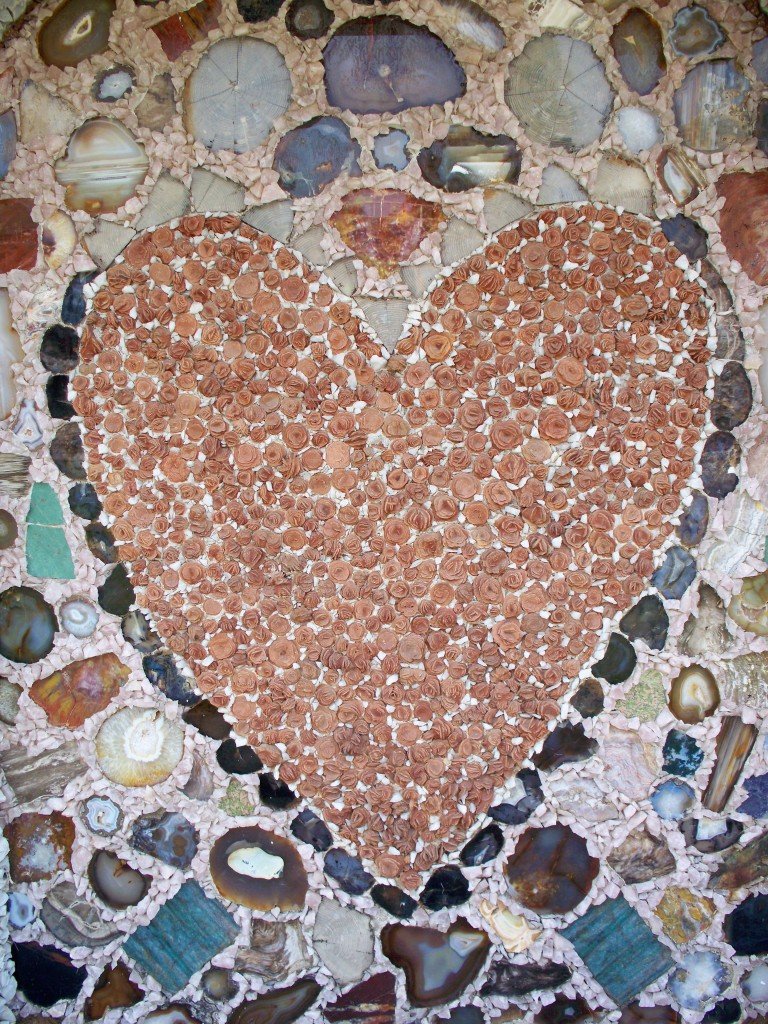 Teacher, scholar, student, wonderer, wanderer, fan, foe, friend, acquaintance, all of these and more, but ultimately just an Ohio daughter.
View all posts by Amy L. Darnell →
This entry was posted in Photo of the Week and tagged Film, Iowa, Love, Religion, The Straight Story. Bookmark the permalink.