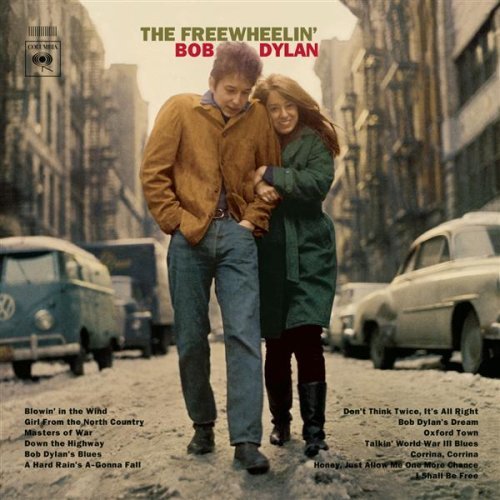 I know that most people may not be able to pinpoint a single song that is their favorite of the moment, let alone favorite of all-time.   I don’t have such a problem.  In college, I was introduced to the music of Bob Dylan.  In particular, a track from his The Freewheelin’ Bob Dylan album quickly became that song for me.  “Don’t Think Twice, It’s All Right” is the song, and the reported muse for the song, Suze Rotolo, died Friday at the age of 67.  Not only was Rotolo a muse for Dylan’s music, she graced the cover of his second, aforementioned album.  The iconic image of Dylan and Rotolo walking down a snowy, Greenwich Village street seems a perfect accompaniment to the early 1960’s.

For a lovely reflection on Rotolo and Dylan, be sure to read Tuesday’s piece from NPR music.  It includes an excerpt from Rotolo’s A Freewheelin’ Time.

Teacher, scholar, student, wonderer, wanderer, fan, foe, friend, acquaintance, all of these and more, but ultimately just an Ohio daughter.
View all posts by Amy L. Darnell →
This entry was posted in In General and tagged Asides, Performance. Bookmark the permalink.