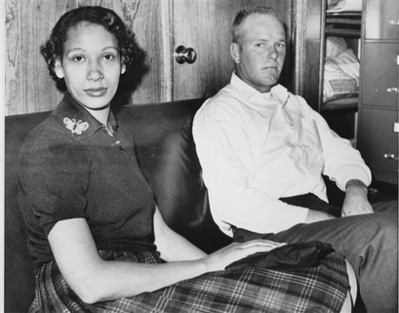 News comes from Virginia that Mildred Loving, civil rights pioneer, has died.  In an era where all that want to marry cannot, her work (the simple work of wanting to  be with your true love) still continues.

By DIONNE WALKER – 8 hours ago

Peggy Fortune said Loving, 68, died Friday at her home in rural Milford. She did not disclose the cause of death.

“I want (people) to remember her as being strong and brave yet humble — and believed in love,” Fortune told The Associated Press.

Loving and her white husband, Richard, changed history in 1967 when the U.S. Supreme Court upheld their right to marry. The ruling struck down laws banning racially mixed marriages in at least 17 states.

“There can be no doubt that restricting the freedom to marry solely because of racial classifications violates the central meaning of the equal protection clause,” the court ruled in a unanimous decision.

Her husband died in 1975. Shy and soft-spoken, Loving shunned publicity and in a rare interview with The Associated Press last June, insisted she never wanted to be a hero — just a bride.

Mildred Jeter was 11 when she and 17-year-old Richard began courting, according to Phyl Newbeck, a Vermont author who detailed the case in the 2004 book, “Virginia Hasn’t Always Been for Lovers.”

She became pregnant a few years later, she and Loving got married in Washington in 1958, when she was 18. Mildred told the AP she didn’t realize it was illegal.

“I think my husband knew,” Mildred said. “I think he thought (if) we were married, they couldn’t bother us.”

But they were arrested a few weeks after they returned to Central Point, their hometown in rural Caroline County north of Richmond. They pleaded guilty to charges of “cohabiting as man and wife, against the peace and dignity of the Commonwealth,” according to their indictments.

They avoided jail time by agreeing to leave Virginia — the only home they’d known — for 25 years. They moved to Washington for several years, then launched a legal challenge by writing to Attorney General Robert F. Kennedy, who referred the case to the American Civil Liberties Union.

Attorneys later said the case came at the perfect time — just as lawmakers passed the Civil Rights Act, and as across the South, blacks were defying Jim Crow’s hold.

“The law that threatened the Lovings with a year in jail was a vestige of a hateful, discriminatory past that could not stand in the face of the Lovings’ quiet dignity,” said Steven Shapiro, national legal director for the ACLU.

“We loved each other and got married,” she told The Washington Evening Star in 1965, when the case was pending. “We are not marrying the state. The law should allow a person to marry anyone he wants.”

After the Supreme Court ruled, the couple returned to Virginia, where they lived with their children, Donald, Peggy and Sidney. Each June 12, the anniversary of the ruling, Loving Day events around the country mark the advances of mixed-race couples.

Richard Loving died in a car accident that also injured his wife. “They said I had to leave the state once, and I left with my wife,” he told the Star in 1965. “If necessary, I will leave Virginia again with my wife, but I am not going to divorce her.”